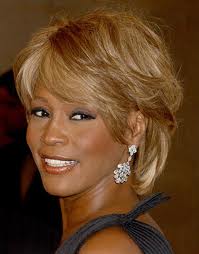 What appear to be untimely deaths – like those of Whitney Houston, Aaliyah Dana Haughton, Lisa “Left-Eye” Lopes, Michael Jackson, Luther Vandross, and people like the young man on Smith Street in Brooklyn who was burned in his bed last weekend – remind us that we are living on borrowed time and that we better make the best of it. Nothing sobers us more, makes us weep more, pushes us to step up to the plate to be more — than to be reminded that we are not here forever.  Our callings become even more persistent when we face the realization that the brevity of our lives means nothing.  Only God knows how much time we will be given in this life as we know it.

The young man on Smith Street was on his way to his homeland to meet his bride when he fell asleep smoking and never woke up. No one read about his untimely death in the papers, or ever heard of him, which reminds me of all of the “untimely” deaths of children everywhere.

When we listen to the testimonials about Whitney Houston, many people remember her as loving the Lord. That’s a good thing because we cannot count all of her blessings, or even remember the times that she blessed us.

If we are old enough, it is more likely than not that Whitney brought us through some tough times. Her Your Love is My Love album was my healing balm when my first marriage ended in 1998. When we re-visit her lyrics, we see how

In the title song of the My Love is Your Love album, she sings “If I should die this very day, don’t cry ’cause on earth we wasn’t meant to stay, and no matter what the people say, I’ll be waiting for you after the Judgment Day.”

She recognized the presence of God in her life when she sang “If tomorrow is Judgment Day, and I’m standing on the frontlines, and the Lord asked me what I did with my life, I will say that I spent it with him. It’s alright.”

As usual she reminds us that it’s alright, it’s okay – we’re gonna make it anyway – especially if we use our borrowed time to the best of our ability and stop dancing around what we were called to do and do it.

In the 8th Book of Romans, the 28th chapter, Paul says: “And we know that in all things God works for the good of those who love him, and who have been called according to his purpose.” I hold on to the spirit of this scripture because it informs all of the decisions that I make in order to put God first in my life.

I make the most of my day by rising at the crack of dawn and am seldom able to rest until midnight.  I write, work, minister, exercise, visualize, meditate, demonstrate, and create because I realize that God has given us a

tremendous gift called life and I don’t have time to waste it. This is borrowed time, but it’s also a magnificent experience.  It’s a dance that no one ever really finishes dancing. It’s a story that no one

But as Whitney sings, “It’s alright, it’s okay – we gonna make it anyway.” Why? Because the universe is unlimited, and the Kingdom of God is much bigger in the Spirit than we could ever imagine in the flesh.