Ted Williams, “the man with the golden voice,” is teaching all of us something from his meteoric rise to fame.  Everyone seems to be holding their breath for his success.  We pray that he is redeemed from self-destruction because we don’t want an unhappy ending to this modern day miracle.  We pray that God will not only protect him from his own demons but also from the vultures that have lined up, patiently awaiting.

We’ve all been there before — perhaps not in Ted’s infamous shoes.  But when opportunity presented itself, there was something in us that longed to return to the cozy familiar.  Perhaps we resolved to change our lives forever, never to make the same mistakes again.   Perhaps we felt the fresh breath of triumph in our lungs and breathed it as long as we could — until we faltered and eventually needed the strength of something stronger than flesh.  Somewhere in the distance, we heard our golden voice but it seemed to fade, die out, or just not sound like us anymore.

Gratefully, Dr. Phil has offered him at least 90 days of treatment at a remote rehabilitation facility.  But the real question is not what Ted is going to do, it is what are you going to do?  Where is your golden voice?  What talents are you allowing to go to waste?  What dreams do you need to dust off?  What resolutions have you made year after year that now lie buried on a journal page?

Ted Williams teaches us a few lessons about using our God-given talent.

First, the gifts that God blesses us with can survive the greatest storm.  Ted Williams had been at rock bottom, strung out on crack, addicted to alcohol and homeless.  But despite the odds, he still persevered and God sent him an angel.  A reporter from The Columbus Dispatch posted a 97-second clip of him on its website, holding a handwritten cardboard sign, which read I have the “God-given gift of voice.”

Second, God opens the doors that need to be opened.  The Columbus Dispatch video was posted to YouTube by an anonymous user.  Within 48 hours, the video went viral, receiving over 13 million page views.   This lead to numerous morning show appearances and potential job offers to do advertising, sporting events and even a potential spot on Oprah’s new OWN Network.

Third, if we don’t put God first, our good will disappear just as quickly as we receive it. Putting God first is a daily process.  It’s not something that we do once and never worry about again.  Salvation is not a one-time experience.  Salvation is an ongoing process.  Being tapped into and turned on to God is an everyday ritual of meditation, prayer, affirmation, study, and silence.  Williams showed us that if

we don’t put God first, we will more easily revert back to our old ways.   (He got drunk and fought but hopefully will resist in the days to come.)

Fourth, Ted Williams is proof that we all have a golden voice.  We just need to use it.  By our “golden voice,” I don’t mean how we sound but the inner gifts that we each uniquely bear.  Ted’s children attempted to shame him by asking “where have you been?”  But that is the same question they need to be asking themselves.  We come not from our parents but through them to be the best that we can be.  The irony is that our challenges ultimately become our gifts.  We have the capacity to become better people because of them.

No one tells this story better than Wayne Dyer about his alcoholic father.  Dyer’s father abandoned his family and he and his siblings sometimes lived in foster homes.  But Dyer says that his father’s own dysfunction became his greatest teacher. “Growing up in Detroit orphanages I was immersed in opportunities to learn self-sufficiency at an early age,” Dyer says.  “Of course, so were all the other children around me. It’s just that I was already aware, by age 10, that whatever happened to me, my own destiny was right in my very own little hands and in nobody else’s.”

Dyer says that true healing comes from making a conscious choice to “live your life based on the notion that there are no justified resentments.”  What a liberating concept: there are no justified resentments.  I do not have the right to be resentful against anyone or anything.  What I do have the right to do is to dance to my own music, create my own rhythm, find my own golden voice.  Dyer said that when he stood at his father’s grave, he didn’t curse him, he sent his father love — and in that instant, he was liberated.

Every day gives us an opportunity to heal and be restored in the righteousness of God.  There is no need to hold onto the past; or worry about what we did or didn’t do.  There comes a time when we have to shake the dust off our feet, and keep on moving.

We send you love Ted Williams.  We know you have been the best that you had the capacity to be under the circumstances.  Now, we pray for you to put on a new self.

No matter what, we are glad that we heard your golden voice.  You are living proof that this is our season.  We are taking shape and creating form in the cosmic ethers like fresh seed falling on new earth.  Just like in the Garden of Eden, the true manna of God Source is all around us.  Thank you for reminding us that we each have the gift to listen to God and to hear a golden voice inside of us.  Perhaps it is singing “I ain’t gonna study war no more.”  Perhaps it is testifying, “I’m gonna touch the hem of Jesus’ garment.”  Perhaps it is praying,  “I’m gonna rise like Lazarus.”  It doesn’t matter.  The most important thing is that we listen, and hear ourselves taking charge in a new way.

About SPIRITMUV:  Spiritmuv® is a trans-denominational church, which means that it transcends the confines of religion and teaches unconditional love for one another regardless of race, creed, culture, or religion.   At 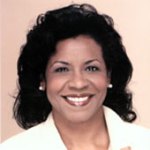 the heart of its teachings is what Jesus taught — that we love one another, as well as the community that Mahatma Ghandi inspired when he said, “I am a Christian and a Muslim and a Hindu and a Jew.”  Reverend Cecilia Loving is the founder and creator of Spiritmuv, which was formed in 2007.  Services are held for an hour every Sunday, from 2:30 P.M. to 3:30 P.M. at the Unity Center of NYC, located at 213 West 58th Street.

Rev. Loving, author of Prayers for Those Standing in the Edge of Greatness, is the sole owner, creator and administrator of God is a Brown Girl Too®, which holds annual retreats and workshops.  The next God is a Brown Girl Too Retreat will be held April 1-3, 2011, at the Mariandale Retreat and Conference Center.

None of the content herein may be copied or otherwise used except with Reverend Loving’s written permission.

Join the Spiritmuv  Community at www.Spiritmuv.ning.com for special postings by Rev. Loving.

GOD IS A BROWN GIRL TOO®

“CREATING  BEYOND THE  BOX  OF CONVENTIONALITY ” RETREAT

Don’t miss this wonderful opportunity to enjoy the peace, serenity and creative consciousness of a like-minded group of women of color at the Mariandale Retreat and Conference Center, located at 299 North Highland Avenue, in Ossining, New York.   All rooms are single and surrounded by the loving prayers of the Dominican Sisters who own the facility.

The cost of the entire weekend, including rooms, workshops and three delicious meals per day, is only $450.00.  There is a $100 discount for senior citizens, so seniors pay $350.00.

Registration has already begun at http://www.godisabrowngirltoo.com/or you can mail payment directly to God is a Brown Girl Too, 376 President Street Unit 2H, Brooklyn, New York 11231.  But act fast because rooms are sellling and there are now only 13 rooms left.